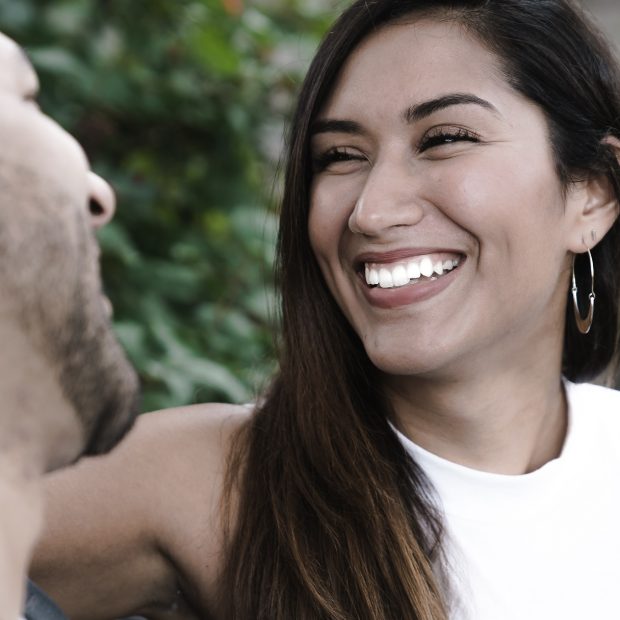 The woman with the big heart is the one who gives so much. The one who doesn’t care whether there’s something left for her as long as she makes other people happy.

She has the ability to absorb others’ emotions; that’s why she is an expert in empathizing. She will dive into one’s feelings so she will be able to know how to help them. She will leave her very own happiness just to share with one’s sadness.

The woman with the big heart may seem so strong. But the truth is, she has a very fragile heart. If there’s a big-hearted woman in your life, here are the things she really wants you to know:

1. She is always the listener but she craves to be heard, too.

You keep on venting out on her without knowing she’s absorbing your negative energy. And even though it’s okay with her, she still hopes you ask about her day, too. She hopes that you have the initiative to know about what’s in her mind or what she feels, to ask for an update about the little stories she’s told you. You see, it’s really difficult for her to be in the center. That woman with the big heart is always enthused over your stories; hence she deserves to be listened to.

2. She may not expect anything in return after helping you out, but she longs to feel appreciated for what she’s done for you even in the subtlest ways.

It doesn’t mean you have to show her off on social media. It doesn’t mean you have to give her a token. Or to say thanks to her a hundred times. Instead, she’d love to hear you recall all those words she’s given you as pieces of advice. She’d love to hear you say those remember when you told me phrases. Or those okay, I will keep what you said in my mind assurance.  Yes, she delights in being remembered. She delights in your attentiveness.

She doesn’t want to bother the people around her. And at the same time, she’s afraid no one would ever mind. She bottles up her emotions because she is anxious about not getting any sympathy—the same sympathy she shows to other people. She always thinks that she’s not some person to be cared about. She doesn’t think she deserves someone’s help.

So although she doesn’t ask you to check on her all the time, she wants you to always bear in mind that she’s also a human who carries some emotional baggage.

4. She can hardly sleep after hurting someone’s feelings (even if she needed to).

Sometimes she is forced to be blunt, to say the ugly truths, to say ‘no’, and to stand up for herself. Know that whenever she says something quite offensive or whenever she seems to only think about herself, it has required her so much effort and deliberation. It is indeed unnatural for her to speak up for her own sake or to say something that goes against your ideas or feelings. Nonetheless, she does this because she knows it’s the best thing to do. The woman with a big heart doesn’t do things on a whim, especially if those things could offend other people.

5. She doesn’t make a big deal out of something and that makes her a pushover.

She’s not that type of person who demands even she has the right to. She doesn’t easily complain or make a song and dance about the things that can step on her worth. She gives way. She often says it’s okay. These things make others deem her unworthy of respect; please don’t be one of those insensitive people.

6. She will always be there for you even if things estrange you from each other.

Whatever reason you may have for leaving a gap between the two of you, that woman with the big heart will never hesitate to reconcile with you. She is just waiting. She doesn’t allow bitterness to subdue her heart and only respects the time and space you both need to heal. And even if you’ve hurt her, she is always ready to forgive. This is why she is vulnerable to being taken for granted and taken advantage of.

7.  She is often considered being a people-pleaser or hypocrite.

Her kindness is often misinterpreted even if her intentions are really pure. Sure, there can be some times that she just shows kindness because she has no choice or because she is forced to; but still, she’s the one compromised. Despite the dejection she feels, she still continues to be who she really is. Her subservience shouldn’t be considered a weakness.

8. She is a person whom you will definitely need at some point in time.

9. She is more than an intelligent person; she is wise.

Because of too much kindness, sometimes she just makes herself look stupid. In discussions, wisdom abounds in her mind but she’d rather listen to other people’s ideas. She’d rather respect others’ decisions and opinions. She has a vast mind as big as her heart. She is worthy of trust when it comes to ideas and decisions. It’s therefore necessary for others to ask the woman with the big heart of her own ideas. Believe me, her thoughts are worth considering.

10. She apologizes for having a big heart.

Sometimes she feels like it’s annoying to feel deeply. She thinks that being in touch with her emotions makes people cringe. Too cheesy. Too cloying. Some people even mock her for being too sensitive. For being too emotional. They make her feel that apathy is the new thing. Whoever that woman with the big heart you know—she may be your friend, your mom, your sister, your colleague, your partner—whoever she is, please make her feel that having the big heart is a gift. A superpower.